I'm not sure if season two of DANGER 5 has started. However, the trailer has been uploaded to their YOU TUBE channel. 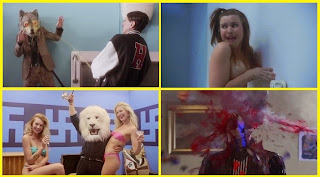 Season two looks even more outrageous than season one.

In my opinion, the two female cast members are kick-ass-cute AND dangerously-hot! 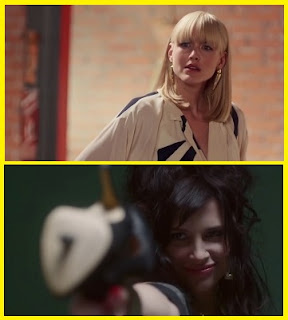 This show airs on a channel called SBS ( Australia ). 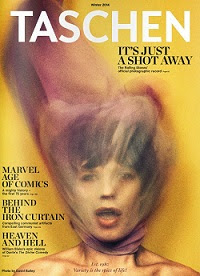 Ed wood is mentioned in the WINTER 2014 issue of TASCHEN MAGAZINE ( print and PDF editions ).

You can view the PDF edition on TASCHEN's website.

The article is by Dian Hanson, and is a preview of a new book called PSYCHEDELIC SEX BOOK ( also by Dian Hanson ). I do NOT know how much space is devoted to Ed Wood.

For those that don't know, Mr. Wood also wrote dirty books, and sleazy stories for magazines.
Posted by CVB at 10:56 AM 4 comments: 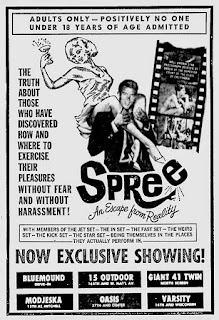 SPREE is an extremely rare film.

This is one of those alleged documentaries that seemed to be very popular during the sixties and part of the seventies.

Supposedly, there were lawsuits by Vic Damone and Juliet Prowse ( 1936 – 1996 ). So, the filmmakers had to cut them out of the trailer. 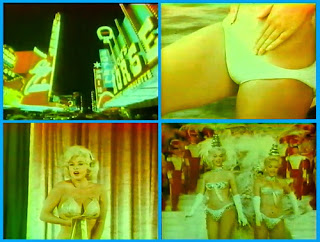 Anyway, I've only met a couple of folks that have seen this film, and they tell me that Jayne Mansfield is the main attraction.

Most people know who Jayne Mansfield is ( and her daughter Mariska Hargitay ). How many folks know who Vic Damone and Juliet Prowse are? 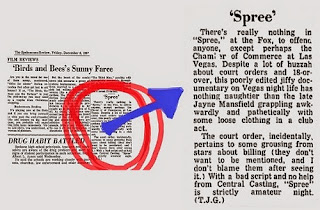 Jayne Mansfield was NOT a joke, but the mass media, with their hypocritical-tabloid-mentality, portrayed her that way.

I can not find this flick on VHS, or region one "pressed" disc, or grey-market DVD-R.