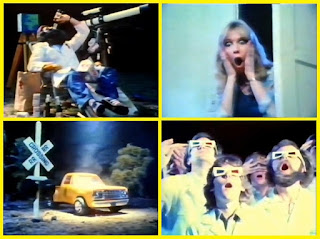 I used to have a YOUTUBE channel, but I left two or three years ago.

During the past few years, I've been finding a lot of RARE and NEVER released on home video titles on YOUTUBE, and a few other websites, like HULU, and ARCHIVE dot ORG.

I recently saw the uncensored version of HARDWARE WARS ( on HULU ). It's the first time I've seen it since my youth! STAR WARS was still fresh when this parody was released.

I also watched CLOSET CASES OF THE NERD KIND, a parody of CLOSE ENCOUNTERS ( on YOUTUBE ). 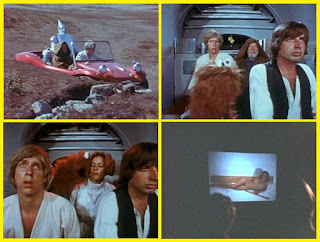 Screengrabs from a HULU video of HARDWARE WARS

You need to watch the videos as soon as you find them, because they may not be online for long.

A very short list of FREE video websites is below.....

YOUTUBE - Almost everyone in the world knows about this website. You can find almost anything here, and most of it is still FREE.

SHORT FILM OF THE WEEK - Lots of FREE short films to watch here.

PBS - You can watch shows, documentaries, and even an occasional mini-series for FREE. Most of the videos have an EXPIRATION DATE.

MHZ NETWORKS - Mostly Euro mystery shows and dramas. The videos are only FREE for a SHORT TIME.


Every so often, I'll find YOUTUBE channels that are actually worth my time.

Their videos are either FUN, or USEFUL, and sometimes both!

As you know, at least one quarter of the YOUTUBE channels you'll encounter are run by FRUITCAKES.

Boy, I could tell you stories about some of the INSANE folks I've seen, but that's a story for another time. 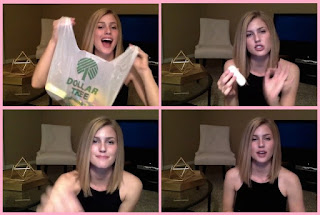 If you've read my blog before, then chances are, you know how much I love a chain of stores called DOLLAR TREE.

Well, there seems to be a TON of other folks that feel the same way.

One of them calls herself 87 R Johns.

She really does give useful information about the products she's purchased, and she does it in a coherent manner!

I love her positive attitude, even when she doesn't like a product.

Let me point out the obvious, she's adorable!... Holy crap! She should be doing print ads and tv commercials. As an added bonus, she appears to be intelligent! Our country may not be doomed after all!... ha-ha-ha... 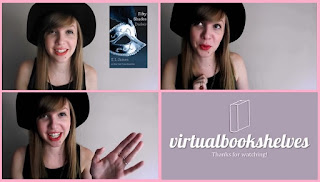 I don't have any interest in reading most of the youth targeted books she talks about. However, I still watch, because I think she's very entertaining.

Plus, she's got the right attitude, a great personality, and her enthusiasm is infectious!

Listening to her opinions is fun, and she's cute!

If you don't smile at least once, while watching her, then you've got a heart of stone.

When I was young, I loved building model kits. During the early nineties, I stopped building for many reasons.

There are a lot of YOUTUBE channels about kit building. One of my favorites is called MONSTER MODEL REVIEW. 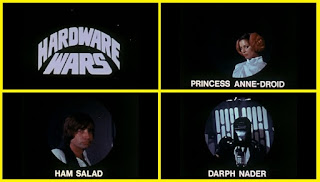 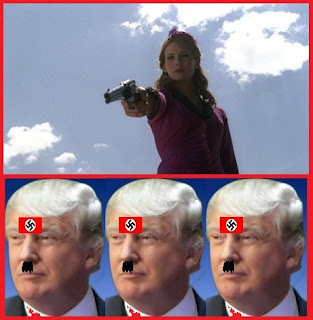 Well, it didn't take long for DER FUHRER TRUMP to EXPLOIT a San Francisco woman's MURDER, did it? What a FUCKING PARASITE! He has NO FUCKING SHAME!

And of course, the local media will milk the story for everything it's worth and SENSATIONALIZE it as much as possible. Why?... Because it means ratings, and RATINGS EQUAL MONEY.

If the man that murdered that woman had been a citizen, TRUMP would NOT have even cared. And it would NOT have been splattered all over the national news, and the general public would NOT know her name.

It would have been just another murder... How sad is that?

Read below for an example of what I'm talking about... 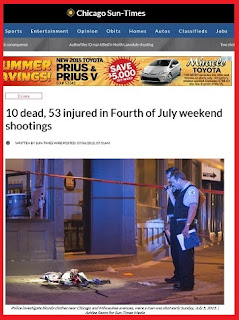 At least TEN MURDERS occurred in Chicago during the 4th of July weekend. Does the average person know the names of all the victims?! The media doesn't mention most of victims by name, because they're just more statistics!

One of the victims was a kid, this child did NOT deserve to die!

"Police Superintendent Garry McCarthy on Sunday said the bullet that killed Amari was likely meant for his father, describing Antonio Brown as a "ranking gang member" who has been uncooperative in the investigation into his son's slaying" 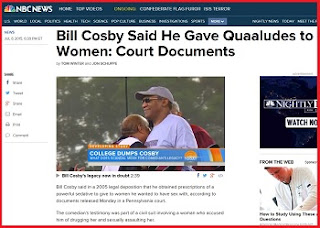 QUOTE by Trump - "SOMEBODY IS DOING THE RAPING"... Yes, and when they are like him, rich, powerful, or famous, they usually GET AWAY WITH IT, or get a slap-on-the-wrist!

Bill Cosby - like DER FUHRER TRUMP - is another fucker, that seems to think he's entitled to do whatever the hell he wants.

Well, the truth is finally out.

"When you got the Quaaludes, was it in your mind that you were going to use these Quaaludes for young women that you wanted to have sex with?" the lawyer asked"

"Yes," Cosby said, according to the document, which was released after a request by The Associated Press"

LOCK THEM ALL UP, AND THROW AWAY THE KEYS!..... Or better yet, put them all into a rocket and launch them into space!... If it was up to me, the passenger list would include, Donald Trump, Arnold Schwarzenegger, Bruce Willis, Gloria Allred, Al Sharpton, Rosie O'Donnell, Whoopi Goldberg, all the Kardashians / Jenners, Paris Hilton, Lindsay Lohan, Brian Williams, every member of N.O.W., everyone at FOX NEWS, everyone at CNN, all the political parties, every HATE GROUP, and countless others!

Stephen Collins... Even after he ADMITTED to his VILE acts, people are still defending him!

Here's a very SHORT list of some of the more FAMOUS VILE SLIMEBAGS in showbiz... Victor Salva, Roman Polanski, Stephen Collins, James Barbour, and there are MANY others, whose names are not publicized.

Most of the above VILE LOWLIFES are defended, and have careers, and they even get AWARDS!

Some of these folks deserve to be DEAD AND BURIED!

Plus, all the SHAMELESS people that are proud to work with and defend ABOMINATIONS like Salva, Polanski - and others like them - are just as MORALLY BANKRUPT, DISGUSTING AND SHAMELESS, as he is ( see link below ). 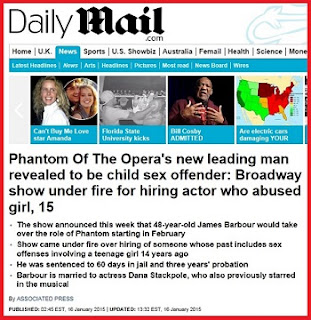 "The actor was indicted in 2006 on nine counts of engaging in criminal sexual acts, sexual abuse and endangering the welfare of a child" 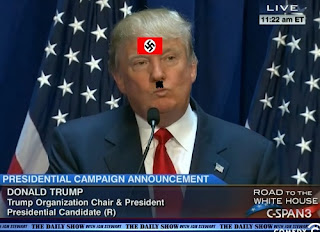 Screengrab above was MODIFIED by yours truly

I thought this post would be appropriate for the 4th of July, our nation’s birthday.

Screengrab of the G.O.P. website was MODIFIED by yours truly

QUOTE from CBS NEWS ( June 22, 2015 ) - "A handful of GOP candidates received donations from the leader of a white supremacist group that was cited in a manifesto believed to be authored by Dylann Roof, the man who shot and killed nine people in a Charleston, South Carolina church last week" 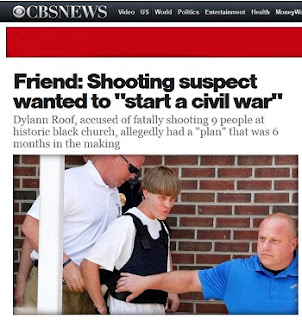 Do these words sound familiar?...

“You rape our women, and you’re taking over our country, and you have to go.”

Yes, he's correct about "Somebody's doing the raping", and those "somebodies" are men LIKE HIM... And they get away with it EVERYDAY!

TRUMP, and others like him, are RAPING OUR COUNTRY'S SOUL, and DESTROYING EVERYTHING GOOD AND DECENT that our country is SUPPOSED TO STAND FOR!

TRUMP, and others like him, are made from the same material as Dylann Storm Roof, they truly are.

As for DER FUHRER TRUMP, I've HATED that ARROGANT-PUSSY-DADDY'S-BOY since the first time I saw and heard him.

Is he the most DELUSIONAL and HATE FILLED individual in the country?... No... But he's probably the most famous.

He now has, COUNTLESS BULLETTS AIMED AT HIM. 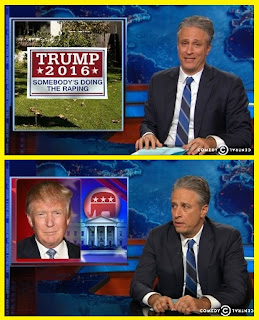 "Members of the crowd may have been paid $50 a pop to lend their support."

"The email, sent on June 12, reads, "We are looking to cast people for the event to wear t-shirts and carry signs and help cheer him in support of his announcement"

"We understand this is not a traditional 'background job,' but we believe acting comes in all forms and this is inclusive of that school of thought."

"It's not the only controversy to emerge in the wake of the announcement. Neil Young released a statement via his management company saying, "Donald Trump was not authorized to use 'Rockin' in the Free World' in his announcement"

“Neil Young, a Canadian citizen, is a supporter of Bernie Sanders for President of the United States of America.”

If SUBHUMANS like TRUMP are this country's future, then our nation may be headed towards a SECOND CIVIL WAR.... And if that happens, our country will end as we know it, and the whole world will feel the pain.

Happy birthday to my country, I love you... but, I am sick and tired of all the hate and stupidity... Our country deserves better! 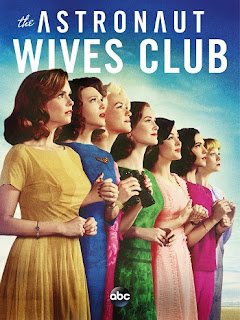 I want to end this post on a somewhat positive note.

I remember seeing parts of the moon landing on tv when it happened. Yes, I'm that old. 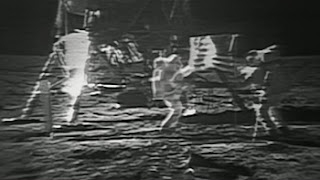 THE ASTRONAUT WIVES CLUB is a new tv show, that airs on ABC ( Thursday nights ). 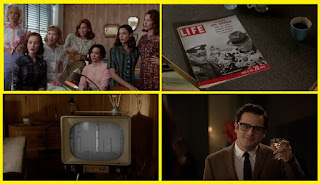 Screengrabs from THE ASTRONAUT WIVES CLUB - from an ABC online video

I'm going to keep watching THE ASTRONAUT WIVES CLUB, and I hope I end up loving it.
Posted by CVB at 1:59 PM 2 comments: