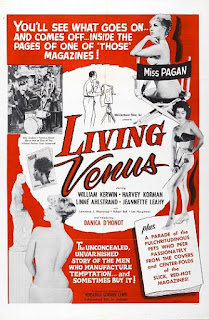 He gets into trouble with the boss. Jack then proceeds to tell his former boss that he will create his own publication and outsell NEWLYWED.

Jack convinces a tall and shapely waitress named Peggy, to work for him and appear in his new magazine.

Soon after, he obtains the phone number of a struggling photographer named Ken.

Their new men's magazine is called PAGAN, and their featured model is Peggy. She ends up becoming the star of their new periodical.

PAGAN is a huge success, and Jack's ego grows just as big. He becomes an even bigger asshole than he already was.

A love triangle forms between Jack, Peggy, and Ken. 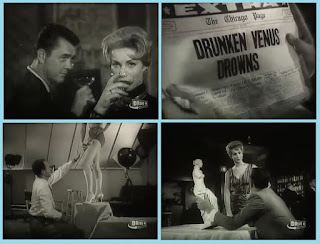 It was directed and produced by Herschell Gordon Lewis.

The main stars are..... William Kerwin as Jack, Danica D'Hondt as Peggy, Harvey Korman as Ken, and Lawrence J. Aberwood as Max. 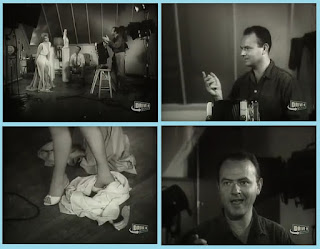 Mr. Korman's facial expressions are priceless! He always made me laugh when I was younger. It didn't matter if he was performing on the CAROL BURNETT SHOW, or in a movie like BLAZING SADDLES, I was happy to see him. 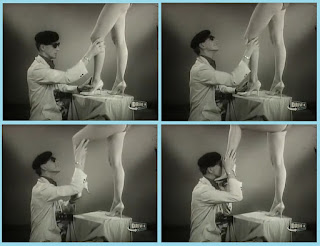 The entire cast really seemed to get into their characters, and I loved watching them perform.

At times, LIVING VENUS seems a little slow, but I still love this movie, I really do. 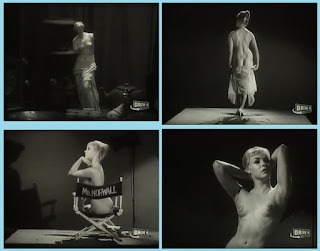 I don't know if LIVING VENUS was ever legitimately released on VHS.

The only DVD I'm aware of, was released by SOMETHING WEIRD ( on DVD-R ). I don't think there's a legit region one "pressed" disc available.

I watched LIVING VENUS on YOUTUBE - first time in at least twenty years!... I was very happy to stumble across it.
Posted by CVB at 1:34 PM 10 comments: 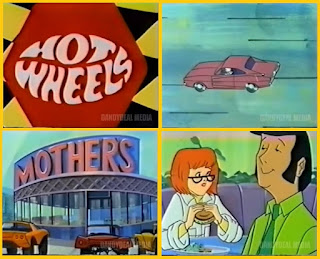 If you're old enough, you'll remember a Saturday morning animated tv show call HOT WHEELS... Yes, the toy cars had their own show.

From what I understand, other toy companies - and some alleged "concerned parent groups" - were pissed off at MATTEL. Why?... Because the other companies didn't think of it first? Anyway, they complained to the FCC. They called it an advertisement disguised as a show. That's true, but so were countless other shows and movies and nobody seemed to complain about them.

Think about this, almost all so-called TALK SHOWS exist solely to promote new movies, or new books, or tv shows, or anything else. Companies have always used those shows to SELL things. Yet they masquerade as entertainment. Most of those guests are there to SELL!

TRANSFORMERS, G.I. JOE, THE LEGO MOVIE, and countless other films, are nothing more than glorified toy commercials. And yet, these types of blatant "film-mercials" continue to flood the market. 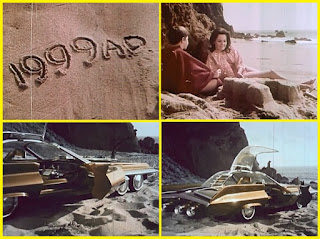 An attractive lady and a very cool six-wheel automobile appear in it. The car is called the SEATTLE-ITE XXI ( FORD ) and it appeared at the 1962 Seattle world's fair.

I've always been fascinated by vintage views of the future, and I remember watching this film at least once during my youth, but I can't remember if it was at school or on tv. 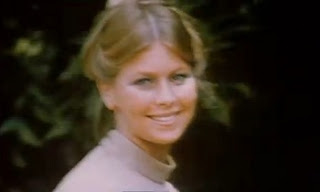 Screengrab from a NATIONAL AIRLINES "fly me" commercial

Almost forgot to mention the sexy, funny, and very politically incorrect airline commercials that BRANIFF INTERNATIONAL AIRWAYS ( "air strip" ), and NATIONAL AIRLINES ( "fly me" ) made during the sixties and early seventies... I miss those commercials!

As for movies and documentaries, a few days ago I watched FAIL SAFE, and it still packs a powerful punch.

Z CHANNEL: A MAGNIFICENT OBSESSION is a rare documentary and I think it's worth watching. 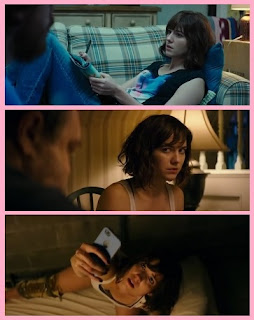 I did NOT like the "found footage" style and that party at the start of the film ( fucking unlikeable guests - hope most of them got eaten... ha-ha-ha ). However, when all was said and done, I did enjoy the movie a lot more that I thought I would.

Most folks have heard or read rumors of a sequel for years.

I didn't see the need for a second CLOVERFIELD flick. But, after watching the trailer for 10 CLOVERFIELD LANE, I'm intrigued. It doesn't feel like a sequel. But, if it is, I'm still interested in seeing it.

Even if I don't end up liking the flick, at least I'll get to check out Mary Elizabeth Winstead... She's such a cutie! Great legs too! 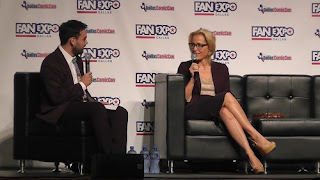 I watched the first episode of the 2016 version of the X-FILES, and I thought It was ok.

What were my favorite parts?..... Gillian Anderson's legs.

The first episode showed off her gams in some fm-heels. Her character definitely came across as taller - obviously - and more forceful than before.

Ms. Anderson is short, so I guess the folks in charge, wanted to make her character leggier and more aggressive... Well, that's ok with me!

Above, are some old horror / sci-fi mags ( photos from AMAZON )

Tip... Clean out your closets, desks, storage bins, attics, and basements, because you never know what you might find.

Most people remember the ORIGINAL version of FAMOUS MONSTERS OF FILMLAND and EC COMICS.

What about, OUTRE, FILMFAX, CINEFANTASTIQUE, a newspaper called MONSTER TIMES, the ORIGINAL version of STARLOG, WEIRD, MONSTERS OF THE MOVIES, MONSTER WORLD, CREEPY, EERIE, and many others?.... How many folks remember those magazines?

Also search your garage and storage unit ( if you have them ). And if you're hunting for old mags, remember to visit thrift shops and swap meets / flea markets.

I want to mention a new horror fiction magazine called THE CREEPS ( I think it costs five dollars ). I saw one copy at my local BARNES & NOBLE. I did NOT buy it, because it had a few beverage stains. Plus, it also had torn pages. So, I really can't tell you what I thought about it. You think someone was reading it in the "cafe" area?... ha-ha-ha. 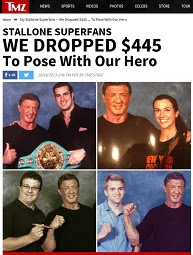 Screengrab above from the TMZ website... Is he destitute?... Is he giving ALL the money to charity?... Do those folks have money-to-burn, or shit-for-brains, or both?

How bad have popular-culture conventions become?

I actually saw a flyer with "cosplayers" being promoted as "celebrity guests"!... What the fuck?! The only thing more absurd is promoting YOUTUBE-video-makers as "celebrities".

So, it's NOT bad enough that most "CON" organizers act like they're doing YOU a favor by charging attendees ridiculous prices just to walk into a "CON". Now, some of these same SHIT-HOLES are trying to rip you off even more, by passing-off glorified anime fans and YOUTUBE-trolls as "celebrities".

I've wanted to post a multi-part rant - with photos - describing the insane behavior, insane people, and insane prices that you find at pop-culture conventions. I've wanted to do it for years, but I can't seem to find the time to organize everything ( but I'm working on it ).

There doesn't seem to be an end to MONEY-GRUBBING-WHORES, and COLOSSAL-MORONS willing to pay absurd amounts of money to those PROSTITUTES. What it all boils down to, is that the vast majority of "CONS" are WHORE-HOUSES, and most of the attendees are "johns". A huge amount of attendees complain about the way things are, and yet, most of these same individuals continue giving all those UNGRATEFUL-THIEVING-ORGANIZERS, and so-called "celebrities" their money.