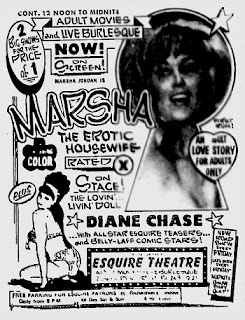 Marsha discovers that her husband Greg, has been cheating on her. So, she cheats too.

Does the rest of the story really matter? Not to me. 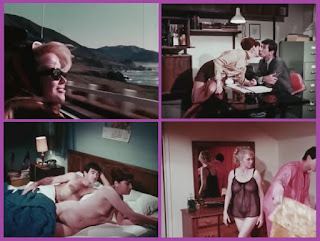 I've seen this type of story a million times, and yet, I still watch.

I've enjoyed this movie in the past, and still like it.

I really love looking at all the buildings, vehicles, and even the clothes.

It's also nice to see 'mature' people in the lead rolls - instead of cast members in their twenties. It makes the story feel a little more 'real', if you know what I mean. 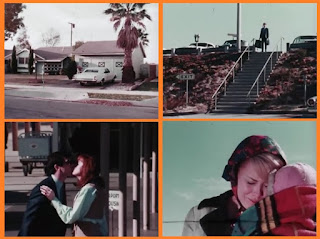 The movie was written by Jason Hunter, and directed by Donald A. Davis. 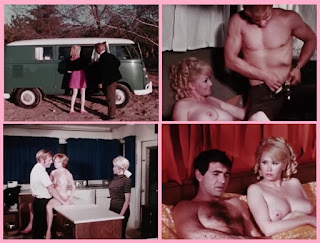 I think MARSHA was released on VHS, but I don't know by which company, or when.

It was released on pressed disc by VINEGAR SYNDROME ( as part of a triple feature ). It was also released as a DVD-R by SOMETHING WEIRD VIDEO. 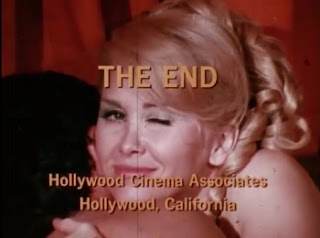 I don't know of any BLU-RAY releases, and highly doubt it will be released on that format.