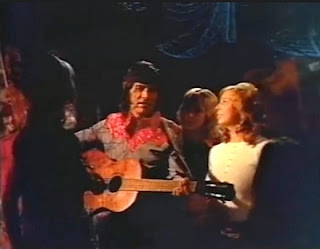 Rene Bond in a movie called A NAME FOR EVIL

A hippie's sexy supernatural hallucination, that's how I would describe this movie.

The movie was written by Andrew Lytle and Bernard Girard.

There are A LOT of FULL FRONTALS in this flick. Newspaper article from 1971 ( THE TOLEDO BLADE - U.S.A. ).... It talks about companies saving money by filming in Canada. 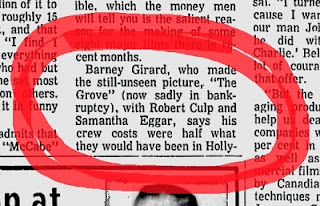 The article mentions Mr. Girard, Robert Culp, Samantha Eggar, and THE GROVE ( the original title for A NAME FOR EVIL ). 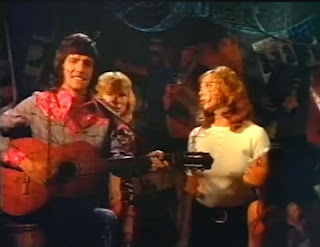 You'll see Rene dancing next to some lame-ass folk singer. She appears on his right side, starting at the 49 minute mark... keep watching, it gets better.....

I don't think Rene had any lines. It was just her swaying to the music while fawning over the singer. She looks like a love sick college co-ed.

I also don't remember if she makes any additional appearances.

I think this movie had a legit VHS release in the United States, but I don't remember the name of the company.

There are numerous grey-market DVDs, and at least one "pressed" disc available ( region one ).

TGG DIRECT released this movie as part of a five movie set called GHOST COLLECTION. I own this set. However, I can NOT find it.

I do NOT remember if the screengrabs I made are from the TGG disc, or a grey-market DVD-R. Also, I don't remember if TGG's disc is uncut, so buyer beware!

I don't know if any other company has released this on "pressed" disc.

FYI: There are at least three different covers for the TGG DVD.
Posted by CVB at 11:47 AM No comments: 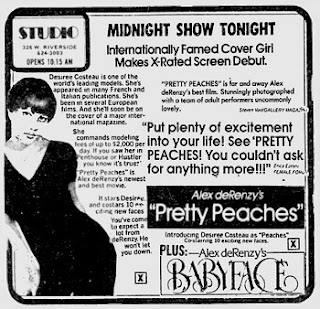 I have NOT seen PRETTY PEACHES since the early 1980's, so I don't remember if I liked the movie.

I don't know who wrote this film.

Desiree Cousteau and many other familiar faces appear in this flick.

PRETTY PEACHES was released on VHS, but I don't remember the name of the company, or if it was a legit release.

The first movie was released on DVD by ALPHA BLUE ARCHIVES.

I do NOT own the ALPHA BLUE ARCHIVES disc, so I can't tell you if it's worth buying.

PRETTY PEACHES II, and PRETTY PEACHES III, were released on region one DVD by VINEGAR SYNDROME ( as a double feature ). I do NOT own this DVD, so I can't tell you anything about it. 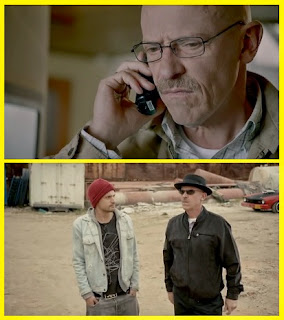 Even though I've seen most of it before, when I watch METASTASIS, it's as if I'm seeing it for the first time.

I'm sick of all the PUSSY-INTERNET-TROLLS that bash this show.... So, consider this a rebuttal.

I think an actress named Jessica Herrera plays Juana ( Jose Miguel's girlfriend ), but I can NOT confirm this. I think she's adorable.

I think of Walter Blanco as Walter White's doppelganger. We all supposedly have a near identical twin somewhere on this earth. 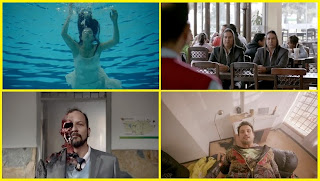 I've read A LOT of FUCKING STUPID things about the Colombian edition of BREAKING BAD.

Let me say the obvious, those USELESS AFTERBIRTHS don't have a life. Most of them are probably jerking-off to photos of Justin Bieber as I write this... ha-ha-ha, but true.

I consider INTERNET TROLLS, to be the cyber equivalent of STDs.

Most of those TROLLS still don't get it, the Colombian edition is from SONY! The SAME company that's responsible for the United States version!.... GOT THAT?!

I'm going to say this again, I love this show. The performances of everyone in front and behind the camera, is excellent. This is a HIGH quality production. 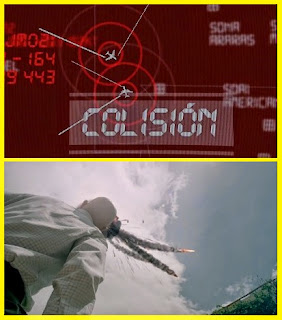 TV shows are like magazines. FYI: There were countless editions of READER'S DIGEST, and PLAYBOY, all over the world. 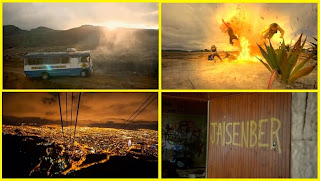 METASTASIS is just another edition of BREAKING BAD. The same way UGLY BETTY was the United States edition of BETTY LA FEA ( from Colombia ). 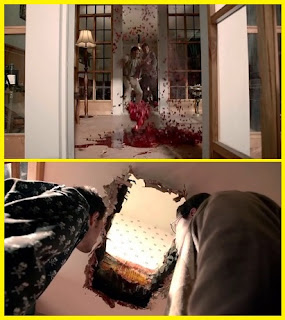 There were also different editions of MARRIED WITH CHILDREN, and ALL IN THE FAMILY was the United States version of an English show.
Posted by CVB at 12:30 PM No comments: 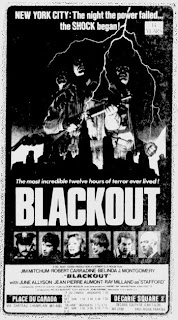 If you've ever had to deal with a long power outage, and curfew, then you know how frightening it can be.

You have to listen to news via battery operated portable television sets and radios.

The food in your refrigerator starts rotting, you can not shower, or flush the toilet - at least not in the traditional method.

It's not fun folks.

It was directed by Eddy Matalon. 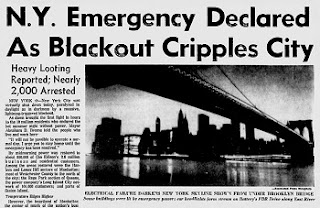 Newspaper clipping of the real New York blackout of 1977

I'm almost positive BLACKOUT was released on legit VHS in the United States, but I can not remember by which company. Newspaper clipping of the real New York blackout of 1977

BLACKOUT was released on region one DVD, but I don't remember the name of the company.
Posted by CVB at 12:19 PM 1 comment: