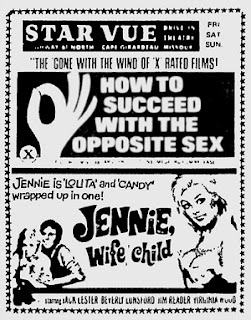 Jennie's life is boring, and more importantly, she's stuck in a crappy marriage to a much older man named Albert. But, at least she's got a roof over her head and food in her stomach. She doesn't get laid too often, so she goes after her husband's young employee. One day, her husband spots them in a barn, and that's when things fall apart for everyone. 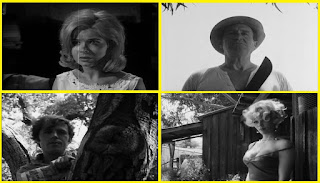 I don't think this movie ever got the respect it deserved.

I love it... I really like the camera work, the story, and even the music. Everyone involved with this movie did an excellent job.

The end of the film does NOT give writing and directing credits.

The actors and actresses are, Jack Lester as Albert, Beverly Lunsford as Jennie - I think she was incredibly cute, Jim Reader as Mario, Virginia Wood as Lulu Belle - I thought she was really sexy... and Richard Cowl as the doctor. 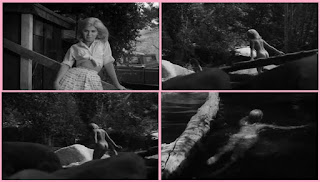 A lot of movies, only have music to attract the younger crowds and to sell a soundtrack album.

These days, it's rare to find a movie with music that actually ties into the story. It's even more difficult to find a flick with original music written specifically for it. When you do find one, that doesn't mean those tunes will have anything to do with the character or scenes.

When was the last time you watched a movie, in which the music actually NARRATES specific scenes?

In JENNIE WIFE / CHILD there are scenes in which the performers are totally silent, but the music's lyrics tell you what they're feeling, who they are, and more. 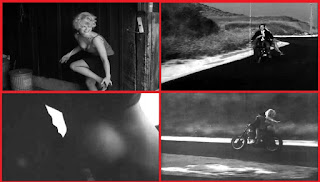 For those that don't know, JENNIE aired on television. I remember watching it with my father. A lot of classic exploitation flicks aired on regular tv during the late sixties through the late eighties. Many younger film lovers don't believe me when I tell them that. 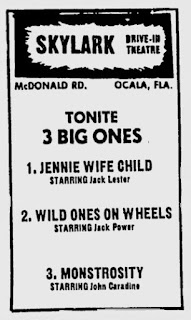 I don't know if JENNIE was ever released on legit VHS.

As for region one DVD, I've only seen grey-market discs and a DVD put out by SOMETHING WEIRD VIDEO.

You might also find it online, that's the way I saw it for the first time since my youth.
Posted by CVB at 10:38 AM 12 comments: