"KISS ME IN THIS APOCALYPSE"

Most of the world's population is once again worried by the prospect of world war III. The only individuals that don't seem to be concerned, are those that choose to be oblivious to everything that's happening around them. They don't want to deal with the real world. They prefer living in their own versions of fantasyland via YOUTUBE, FACEBOOK, TWITTER, and any other online cave they can find.

I can not begin to count the number of nuclear war nightmares, that I - and most of my friends - had during the seventies and eighties. It didn't help that we were surrounded by military installations of all types - including places that 'officially' did NOT exist.

When Reagan became president, those nightmares became much more tangible. Thank goodness for Mikhail Gorbachev - and a few other folks. The world owes him big time! 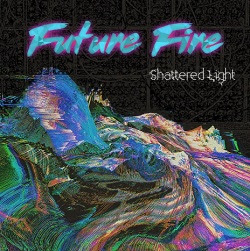 A song called BEAUTIFUL DISGUISE has brought back a flood of memories of the nuclear eighties. The song has disturbing lyrics, and yet, it's sung in the most beautiful way imaginable.

Two of my favorite lines from the song are, "Love me in the nuclear rain", and "Kiss me in this apocalypse".

They call themselves FUTURE FIRE, and the album is called SHATTERED LIGHT.

BEAUTIFUL DISGUISE was written by Darren Burgos and Dylan Willoughby, with vocals by a singer named Kid Moxie. I think her voice is mesmerizing.

The members of FUTURE FIRE were interviewed by a radio show called ECHOES.

They seem like a couple of really introspective and funny guys. 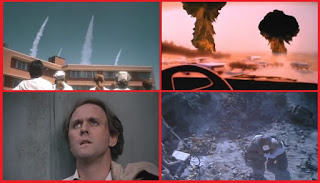 "Stupidity... has a habit of getting it's way", this quote is from a movie called THE DAY AFTER. It's about world war III. I think it may be the most famous made-for-tv movie ever made. 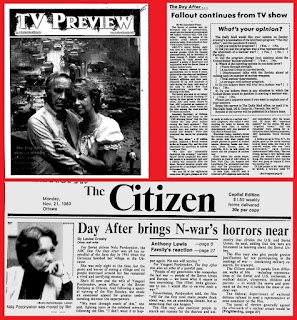 The amount of attention the movie received was truly amazing, and so were the emotions people had towards it.

One of the things I've been flashing back to, is a movie called MIRACLE MILE.

It's about a man that answers a call from a phone booth. The person on the other end tells him that nuclear war has started.

Anthony Edwards and Mare Winningham are in this film, along with a bunch of other familiar faces. 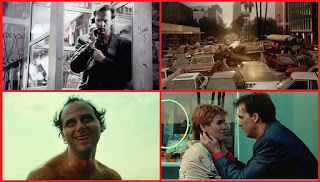 It was written and directed by Steve De Jarnatt.

The movie's history would make a great documentary.

From the first time I saw it, MIRACLE MILE has remained in my mind. It's both heartbreaking and beautiful, and it made me feel genuinely emotional. That's something very few films have been able to accomplish.

As a kid, FAIL SAFE, PANIC IN THE YEAR ZERO, THIS IS NOT A TEST, LAST WOMAN ON EARTH, and IDAHO TRANSFER, were movies that made a big impression on me ( FAIL SAFE was the most frightening ).

As a young man, it was MIRACLE MILE, TESTAMENT, and THE DAY AFTER, that pushed my emotional and intellectual buttons.

I hope we have a better future than the characters in these films.....
Posted by CVB at 6:42 AM No comments: 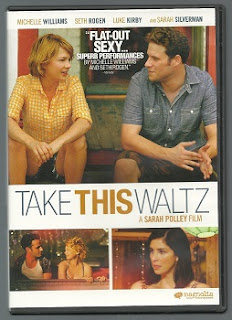 So-called romance flicks are usually NOT on my must-see list. However, there are exceptions, and this movie is definitely an exception to the rule.

FYI - this is a Canadian film, written and directed by Sarah Polley. It stars Michelle Williams and some other familiar faces. I also want to mention how beautifully filmed this movie is.

I remember hearing a lot about TAKE THIS WALTZ. Unfortunately, it was only about the nude scenes. I never heard or read much about the story. 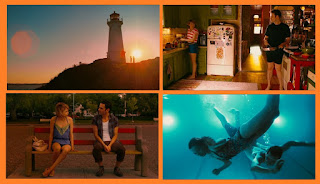 I think of WALTZ, as an unromantic slice of life. Yes, it has romance, and comedy in it. But, those things do NOT make this a romantic comedy.

The romance in this movie is NOT the cliched crap you've seen in other flicks and the comedy in WALTZ is dark.

None of the characters are assholes, so you don't really cheer against anyone, but you do find yourself cheering for Margot ( Michelle Williams ). 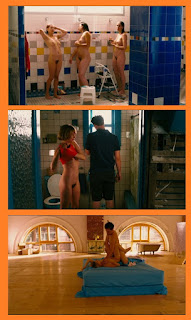 As for the nudity, is it worthy of all the hype?... Yes, in my opinion it is. Michelle Williams has some full-frontals in this film, but the movie is actually worth watching. 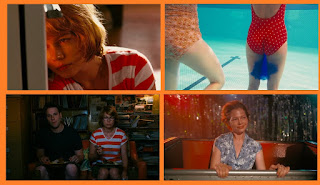 EXTRAS? - Yes, there are trailers for 2 DAYS IN NEW YORK, 360, THE GOOD DOCTOR, STEVE JOBS THE LAST INTERVIEW, AXS TV, and TAKE THIS WALTZ.
Also, MAKING OF TAKING THE WALTZ, and AXS TV A LOOK AT TAKE THIS WALTZ