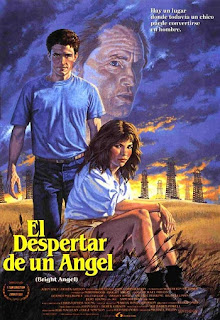 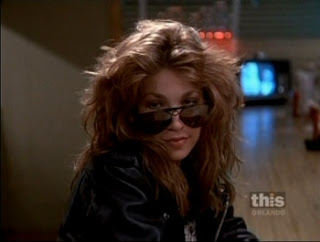 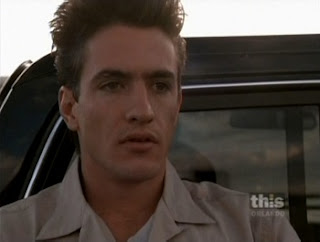 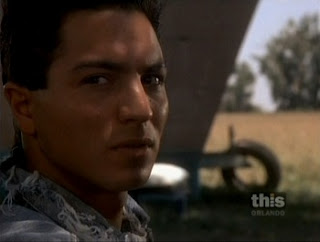 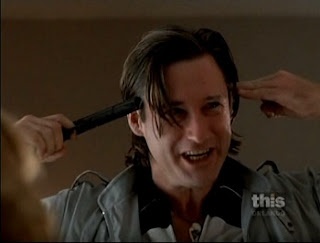 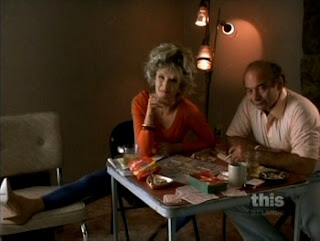 
George lives in a small hell-hole of a town, located in Montana.

He dreams of college, and joining a boxing team.

George and his father Jack, get home and discover a man in their kitchen. George's mother has been having an affair with the stranger.

Soon after, an ugly scene takes place in the front yard, involving the stranger, Jack and his gun.

It ends with George's mother getting in the stranger's car and leaving for good.

The next day, George decides to help a Canadian woman named Lucy. She needs to get to Wyoming. Her brother is in jail, and she wants to get him out.

So George, his best friend Claude, and Lucy go on a road trip.

The first casualty of the trip, is Claude. He's kicked-out of the car after an ugly scene with Lucy.

Lucy finally gets a chance to speak to her brother.

Afterwards, she informs George of her plan. She's going to pay-off her brother's co-conspirators. She's hoping it will convince them to help her brother.

One of them, is a man called Bob. He's seems to be mentally unstable. The other two folks, are a couple named Art and Nina.

A deal is worked out, or so they think. 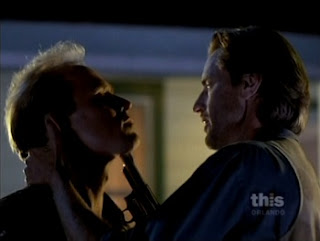 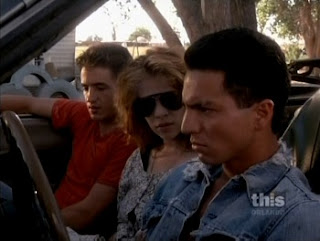 QUOTES:
Sherman: "You two are drunk as monkeys"

Jack: "Nobody dies of a broken heart"

Lucy: "I love you boys, you're so wonderful" 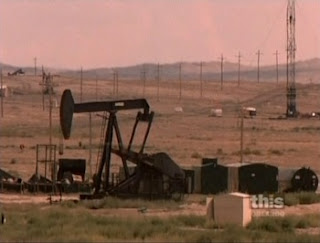 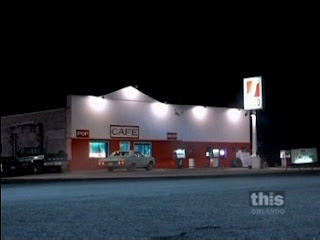 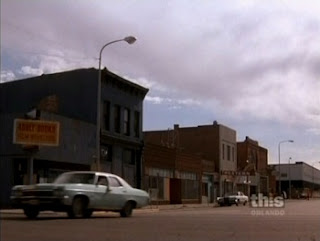 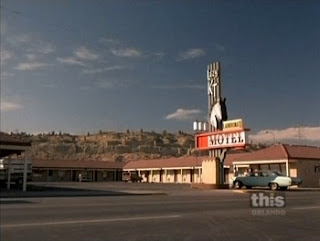 OBTAINED AT - THIS TV 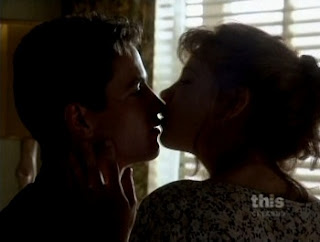 This is an extremely rare movie, and I love every minute of it.

I love the camera work.

Some parts of the movie feel like a sad, yet beautiful poem.

The scene of George having an epiphany is simple and memorable.

Everyone in front, and behind the camera, did an excellent job.

Lili Taylor is one of the best actesses in the United States, and that's a FACT.


This movie was released on VHS by HBO HOME ENTERTAINMENT. 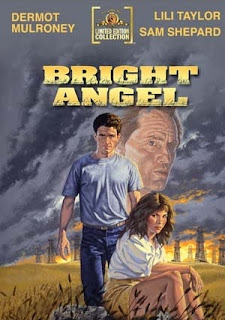 First, the GREAT news... As of October 2011, BRIGHT ANGEL is finally available as a MOD-DVD by MGM.

Now, the BAD news... If you're considering buying one of MGM's MOD-DVDs, do your homework!... READ QUOTES BELOW!...

"Initially, MGM partnered with Amazon.com, but soon after the program's launch last spring, MGM and/or Amazon quietly pulled the plug. The reason? They were besieged with customer complaints of defective discs and rotten video transfers" - QUOTES ARE FROM THE DVD TALK WEBSITE - I have no idea if the problems have been solved. 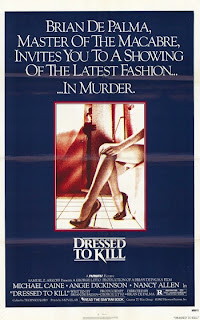 
Liz is a high-priced callgirl, who loves gambling on the stock market. Her john's are well-off wall street types.

She and one of her clients talk stocks, while they wait for an elevator. When the doors open, she turns around to say something to her john, but he has run away. When she looks into the elevator, Liz is horrified by what she discovers.

Inside, on the floor, is a woman named Kate. She's been sliced up and is soaking in blood.

The murderer, a tall blonde woman, is still in the elevator. When Liz reaches into the elevator to help Kate, the blonde attempts to cut her hand.

However, she ends up dropping the blade. Liz quickly grabs the murder weapon as the elevator doors close.

At the police station Dr. Elliott, Kate's psychiatrist, gets interviewed by Detective Marino. Apparently, the killer used his blade to commit the crime.

Meanwhile, outside the detective's office, Kate's genius son, Peter, is listening to their conversation via homemade eavesdropping equipment.

Soon after, it's Liz's turn to get grilled by Detective Marino. He has a file on her criminal past, and present. Marino gives Liz an ultimatum she can't refuse. Now she has to find evidence on the real killer, or she's going to pay for someone else's crime.

The tall blonde tries to murder Liz, but she's saved by Peter.

Peter and Liz team up to catch the killer, but will they get the tall blonde before she gets them?....

QUOTES:
Kate: "Everybody knows, that when you invent or discover something, you get to name it"

Kate: "I moaned with pleasure at his touch. Isn't that what every man wants?"

Peter: "Do you know who killed her?"

Dr. Elliott: "The term we use Detective Marino, is not weirdo, but a person suffering from emotional dysfunction and a problem of maladaptation"

Detective Marino: "Lets face it, you're a whore. A Park Avenue whore, but you're still a whore. Now, who were you fucking?"

This is one of my favorite 80's flicks!

Most of Brian De Palma's movies are so freaking beautiful, and this is no exception!

The cast is perfect.

Angie Dickinson is so subtle.

Keith Gordon, Nancy Allen and Dennis Franz, are so convincing as their characters.
Posted by CVB at 2:30 PM No comments: 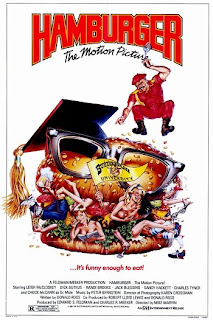 This is one of the most inspiring and heartfelt cinematic tributes to the human spirit, that has ever been filmed.

BUTT, seriously folks... I have NOT seen this masterpiece since my wild-eyed-youth ( when VHS was still king ).

FYI: It was available on legit VHS by MEDIA HOME ENTERTAINMENT.

As of October 2011, there is still NO legit region one DVD... You're only going to find it via BOOTLEG discs.
Posted by CVB at 6:07 PM No comments: