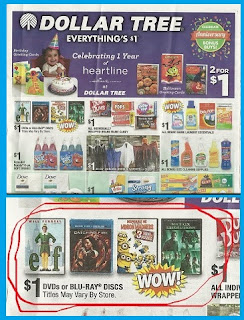 I scanned PART of a recent DOLLAR TREE advertisement.

DOLLAR TREE flicks... I've purchased a few dozen titles this year. Below are some brief thoughts on a handful of discs. 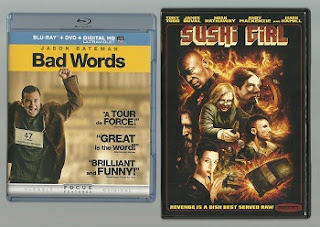 It's presented in WIDEscreen, and is a DVD/BLU-RAY combo set.

SUSHI GIRL ( MAGNOLIA / MAGNET ) - I'll get straight to the point, I HATE THIS MOVIE!

Think of it, as a counterfeit seventies exploitation film. This is what happens, when I do NOT read the back of the DVD case.

Also, I do NOT like Tony Todd, enough said.

SUSHI GIRL is presented in BULLSHIT-VISION. 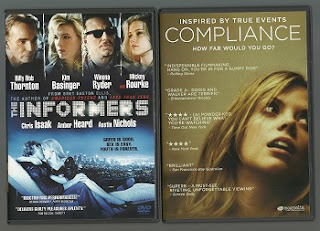 INFORMERS ( SONY ) - This movie was a BIG surprise to me. I ended up liking this film tremendously. It takes place during the early eighties. It deals with love, sex, drugs, aids, self loathing, wealth, fame, and the way we treat each other.

It's beautifully filmed, and the acting is excellent.

COMPLIANCE ( MAGNOLIA ) - A few years ago, I wrote a rant about this movie. Actually, my rant was about the film's DETRACTORS.

I like this movie a lot. They kept the story as factual as possible. Love the acting and camera work. 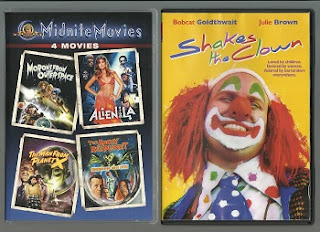 ALIEN FROM L.A., THE MAN FROM PLANET X, and THE ANGRY RED PLANET, are FULLscreen. I did NOT watch MORONS FROM OUTER SPACE. So, I don't know if it's FULLscreen also.

SHAKES THE CLOWN ( MILL CREEK ENTERTAINMENT ) - I must have been one of the few people to pay to watch this flick when it first hit theaters.

I LOVE IT!... And I make NO apologies for feeling that way!

It's presented in WIDEscreen. 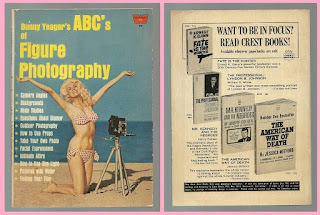 Above are the front and back covers of BUNNY YEAGER'S ABC'S OF FIGURE PHOTOGRAPHY ( from 1964 ). 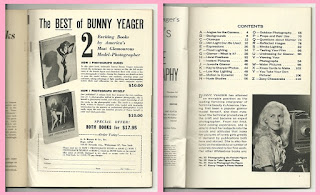 It's a softcover. However, it's constructed more like a magazine. In fact, the interior pages have a brittle newspaper feel to them. 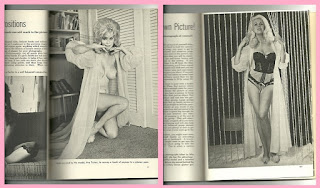 All the interior photos are in black and white.

If you're wondering, yes, there's plenty of ladies in and out of clothes.

It's been out-of-pint for decades.

So many magazines have disappeared, or are close to disappearing.

Many periodicals SHOT THEMSELVES IN THE FOOT by doing stupid things, and by continuing to make the same mistakes. They do NOT listen to their customer base.

PLAYBOY is a great example of what happens when you do NOT listen to your customer base, and continuously make STUPID decisions.

The BUNNY RAG is close to extinction. It's been dead to me since the nineties. Read the quotes below ( from the NEW YORK POST - 2019 ).

"Its average total paid circulation was 206,483 for the six issues in 2018, down by more than a third from a year earlier"

TWENTY-FIVE DOLLARS PER ISSUE?!... Are you FUCKING KIDDING ME?!

From what I understand, they only publish FOUR pathetic issues per year!

Millions of people, like me, watched this publication quickly lose it's magic.

My interest started fading during the early nineties, when they became obsessed with sensationalism.

Remember when they put Tula - a transsexual - in the magazine? At that point, I had enough. If men on estrogen , float your boat, fine. However, that type of material does NOT belong in PLAYBOY. There are specific publications for that.

Remember when PLAYBOY had THE WOMEN OF WALMART issue? How about THE WOMEN OF 7-ELEVEN issue? Or THE WOMEN OF ALCOHOLICS ANONYMOUS issue?... OK, I lied about that last title. When they started doing that kind of crap, it did NOT receive a warm reception from most of the folks I knew.

They would also pay whatever FLAVOR OF THE YEAR, ridiculous amounts of money to pose for them.

I see the same thing happening to many other periodicals, and it makes me sad. 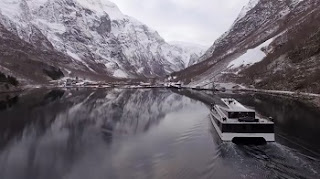 Above is a screengrab from a Norwegian vacation commercial. I find it very relaxing.

WHY SPORADIC UPDATES?..... This blog is NOT a job. So, when it stops being fun / therapeutic, it's time to stop.

My reasons for NOT posting?... I've been, and continue to be, extremely busy - to put it mildly.

I've been dealing with A LOT of serious issues and personal tragedy. It's been truly horrific in countless ways, and for far too long. 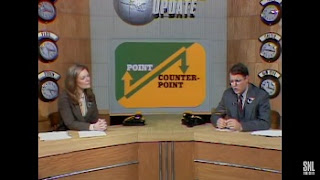 Above is a screengrab from a classic segment of SATURDAY NIGHT LIVE... "Jane, you Ignorant slut!".....

Have you ever had a blog comment deleted for NO reason?

I posted comments on another BLOGGER's webpage, and it got deleted. Did I unintentionally strike a nerve?

They had written about a 30th high school reunion ( for a graduating class of 1981 ). The reunion organizers also added THREE more graduating classes ( 80, 82, and 83 ). I guess the response was not what they expected.

If you read one of my previous posts, from earlier this year, you know why I was interested in the 1981 reunion.

Read my comments for yourself. Are my words disrespectful in any way?... Read below.....

"Out of curiosity, do you remember how many people from class of 1981 showed up?"

"I did NOT attend Westlake. However, I did have a special class with two girls from Westlake, and students from many other schools. I doubt they would remember me - at least, not in a good way."

You pay someone a compliment, and then, they insult you. We all get enough of that crap in the real world, so why put up with it online?

If you do NOT want people posting on your blog, then simply DISABLE comments. Or better yet, just make the blog PRIVATE. It's NOT rocket science.

Just for the record, I've NEVER attended a class reunion. I absolutely HATED most of my school years. Many of the adults at the schools I attended, should have gone to PRISON for the things they did to us.
Posted by CVB at 2:41 PM