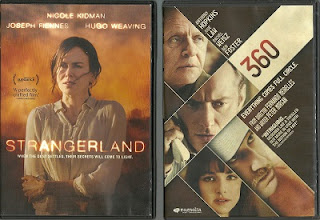 I recently found the following 'leftovers' at a couple of my local DOLLAR TREE stores.....

Screengrab of Nicole Kidman in the movie STRANGERLAND.

STRANGERLAND - I liked the story, and as an added bonus you get a great nude scene from Ms. Kidman.

Screengrab from the movie STRANGERLAND.

Just for the record, I've never been fond of her, but she does an excellent job in this film, and I thought she looked attractive too. 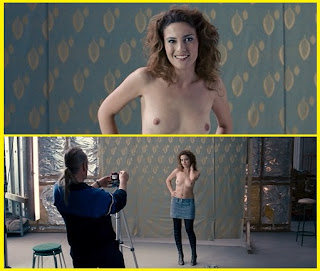 Screengrabs above are from the film 360, the best part of the movie - in my opinion.

360 - I thought this movie was a bit pretentious, but beautifully filmed. 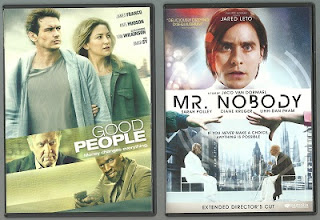 GOOD PEOPLE - I didn't have high hopes for this film, and yet I enjoyed it tremendously! 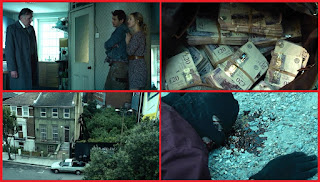 Screengrabs from the film GOOD PEOPLE.

The irresistibly cute Kate Hudson and somewhat annoying James Franco play an American couple living in London. They're broke, and then things get worse after they find their basement tenant dead. The dead tenant double-crossed his partners during a robbery and murdered one of them.

He stashed the cash in the false ceiling of his room. The couple finds the money and end up fighting for their lives. I had a fun time watching this - especially for one dollar! 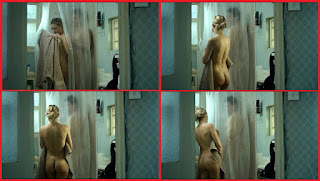 Screengrabs from the film GOOD PEOPLE.

As an added bonus, Kate Hudson's beautiful and shapely behind makes an uncredited appearance. 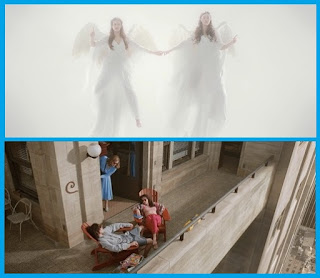 Screengrabs from the movie MR. NOBODY.

MR. NOBODY - Warning, this is a LONG movie!

Some movies leave you with a cold and distant feeling, and MR. NOBODY had that effect on me. I would NOT be able to sit through it a second time. 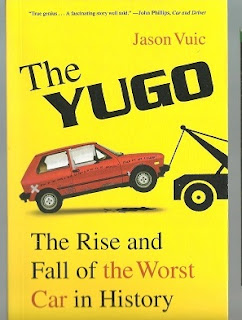 THE YUGO THE RISE AND FALL OF THE WORST CAR IN HISTORY - This was a quick read. I really enjoyed this book. The title is sensationalistic and false, and that initially put me off. But, I was willing to take a chance, and I'm happy I did.

I could nit-pick about some things, but I won't.

This book covers a lot of territory, such as Malcolm Bricklin, banks / savings and loans, the BRICKLIN coupe, people doing business without money, the way communist countries did business with capitalist countries, marketing, and more.

Believe it or not, even Henry Kissinger played a part in ZASTAVA's adventures in America.

I saw the first Zastava Yugos imported into the United States. They were at a show called AUTO EXPO. Do NOT confuse AUTO EXPO with the LOS ANGELES AUTO SHOW.

FYI... BITTER, a luxury German car maker - they were just rebodied OPELS - also had a display there. The men running the YUGO and BITTER booths did not have anything complimentary to say about each other's products. Also, YUGO was a model, but became a make in most export markets.

A while later, I remember attending AUTO EXPO and noticing how light the crowd was, and soon after, there were no more AUTO EXPOs.

FYI - The UGLY FIAT 500L is allegedly built in the former ZASTAVA factory that made YUGOs. This info is NOT in the book, because it was published before this troll of an automobile went on sale. And another thing, do any of you remember CADILLAC's equipped with the V-8-6-4 motor?... Can you say, OVERPRICED L-E-M-O-N?....

Below is a link to a video that briefly features a YUGO and a few other small cars. It was shot at the 1987 CHICAGO AUTO SHOW... FYI - The PONTIAC in this video, is really a DAEWOO ( based on the OPEL KADETT )... I'd much rather have the cute spokesmodel, the MITSUBISHI is a HYUNDAI, the FORD is really a KIA PRIDE ( based on the MAZDA 121 / FORD of JAPAN FESTIVA ), and the MERCURY is based on the MAZDA FAMILIA aka 323.... I've always HATED badge engineering!..... 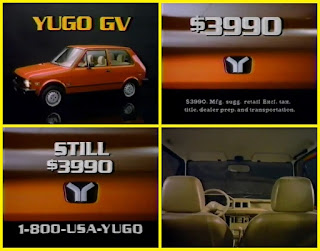 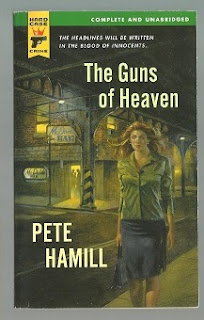 GUNS OF HEAVEN - I have not had the chance to read this yet. 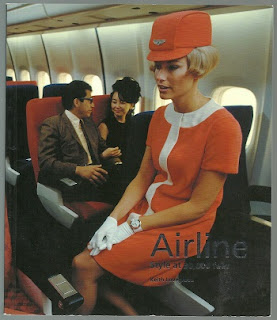 AIRLINE STYLE AT 30,000 FEET - I love this book! It's a-ton-o-fun to look at all the photos. I'm especially fond of the fashion section. Why?... Because of all the stewardess photos! I have mostly great memories of the PSA, SOUTHWEST, EASTERN, TWA, BRANIFF, NATIONAL, and DELTA flight attendants. When I was young, I wanted to run away with almost every stewardess I met. 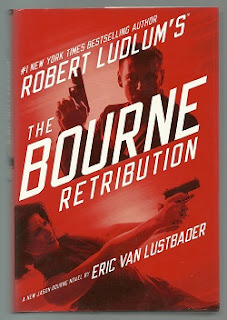 BOURNE RETRIBUTION - This is the second BOURNE hardcover I've found at DOLLAR TREE.

I have not had a chance to read this book yet. 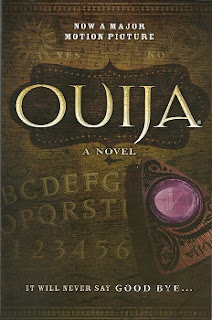 OUIJA - I did NOT realize this movie tie-in was a 'young adult' book until I got home. Oh well, it's still a movie tie-in and it was only a buck! I haven't read it, and I think it's safe to say, I won't. I'll just wait until the DVD gets marked-down to two bucks or less. 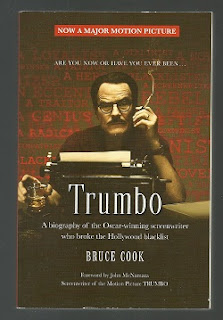 TRUMBO - This is a bio ( movie tie-in edition ). I have NOT seen the movie, but I did see a documentary that aired on PBS a few years ago.

I have not had the time to read this book. 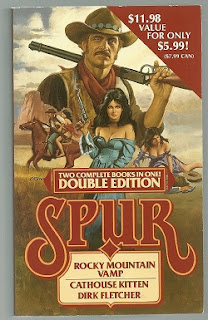 SPUR DOUBLE EDITION ( ROCKY MOUNTAIN VAMP / CATHOUSE KITTEN ) - I have not had the chance to read this book. There was no way I was going to leave this book on the store shelf after seeing the cover art, and the titles of the stories.

ISBN - 9781477840603
PUBLISHER - Dorchester / Leisure Book
WRITER - Dirk Fletcher
SOFTcover ( mass market paperback )
PAGES - Over 224
PHOTOS / ART - Yes, the cover has artwork. Unfortunately, the artist seems to be uncredited. However, there is a partially obscured name on the cover art "Eastma".... Anyone out there know who the artist is?
PRICE - $1.00
OBTAINED AT - DOLLAR TREE 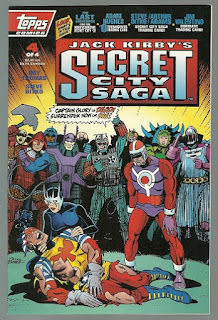 BARGAIN COMICS.....
I found some more comics at one of my local DOLLAR TREE stores.

I noticed Jack Kirby and Steve Ditko's names on the cover, and that was enough for me to purchase this fine publication for the extravagant sum of ONE DOLLAR. 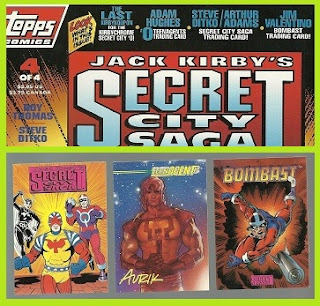 When I ripped open the bag, I found a mail order booklet for the company that bags these bargain comic and trading card combos, one pack of trading cards for some animated flick from the nineties, two loose Elvis trading cards, and issue number four of a comic called SECRET CITY SAGA.

The comic was factory sealed in it's own bag. The bag also contained three trading cards. Everything was published by TOPPS.

The cover art is credited to Steve Ditko and George Perez ( so was one of the trading cards ). 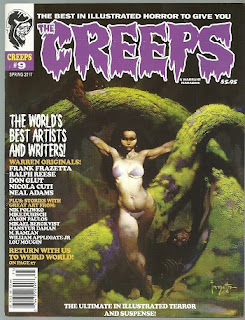 If you're old enough to remember horror comic magzines like EERIE, CREEPY - and countless others. Then you know what to expect from this publication.

I liked the artwork and enjoyed the eight short stories.

I intend to purchase the next issue, IF I can find it.

FYI - This issue has a 'letters to the editor' section. Two of the letters are from Nicola Cuti and James Allen. 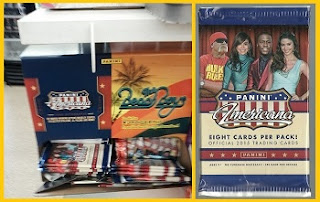 Above is a photo of the Panini Americana / Panini Beach Boys combo trading card display - at one of my local DOLLAR TREE stores... Also pictured, is the wrapper.

While at the DOLLAR TREE I spotted some packs of trading cards called AMERICANA ( by PANINI - from 2015 ).

Some of the packs contain randomly inserted autographed cards. Other packs have material cards with embedded swatches of clothing worn by that person. There are also other types of inserts. 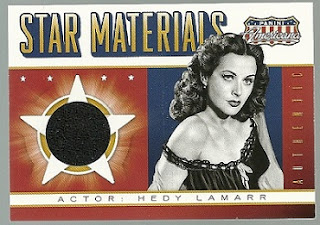 Above is an insert card of actress / inventor Hedy Lamarr.

I was hoping I'd find Bela Lugosi and Jayne Mansfield material cards. Unfortunately, I didn't. However, I did find a Hedy Lamarr material card. The next day, I went back to same location, but the cards were sold out.

Many locations get older packs and once they're gone, that's it. The odds are against them returning.