The ad states that FRANCY'S FRIDAY is IN COLOR. Well, maybe they got to see a COLOR print, but I've only seen this film in BLACK and WHITE! 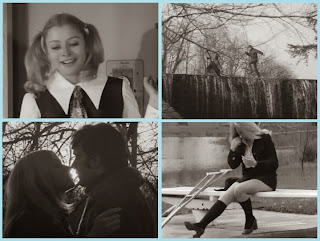 Alisha Fontaine in IT'S FRANCY'S FRIDAY

This is not a typical seventies exploitation flick. It's NOT particularly sleazy or violent, and that's ok.

I really love the camera work, and even the music ( it fits the mood ).

I can NOT find a writing credit for this film.

It was allegedly directed by someone called Curt Ledger.

The main stars are, Alisha Fontaine and Ken Chandler.

Alisha Fontaine in IT'S FRANCY'S FRIDAY

She was supposedly in an episode of TOP OF THE HEAP - it was a really lame spin-off from MARRIED WITH CHILDREN. The show starred Matt LeBlanc and Joseph Bologna.

Does anyone know what happened to Ms. Fontaine? 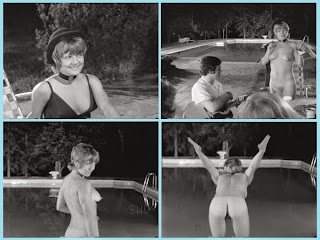 Tallie Cochrane in IT'S FRANCY'S FRIDAY

I don't know if Ken Chandler really sang in this movie. He had a great voice, if it's really him.

IT'S FRANCY'S FRIDAY is NOT available on pressed region one DVD. As I write this, the film has only been released on DVD-R ( from various vendors ). 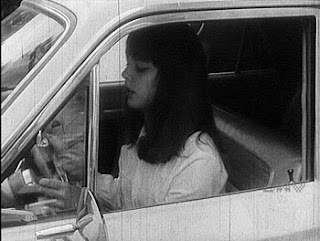 This flick was filmed in the mid sixties.

I was very fond of Judy Adler, and she always had my full attention.

I thought Ms. Adler was adorable, and I wonder what happened to her.

I don't know for certain, who wrote or directed SATAN'S BED.

Michael Findlay has been mentioned, but I've seen no proof.

SATAN'S BED is NO longer available on pressed region one DVD. In fact, I can't even find a grey-market DVD-R. So, if you want it, get it any way you can!
Posted by CVB at 12:05 PM