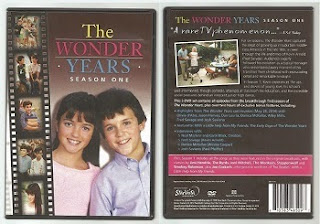 CREATORS OF THE SHOW:
Neal Marlens and Carol Black 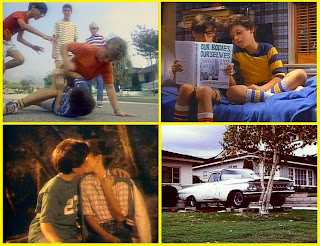 Screengrabs from the pilot

I don't like very many tv shows, but THE WONDER YEARS was different enough, and good enough, for me to break my own rule.

In my opinion, this show was an above average reflection of life, and that's what made it so good. That's why so many people could identify with the characters and stories.

Who can't identify with deep sorrow, or extreme joy? You know, it's the roller-coaster we all call, life. 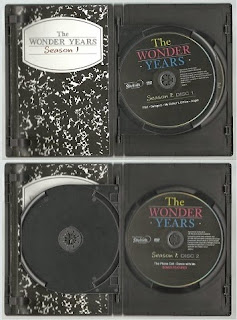 STAR VISTA has released a two DVD set for SEASON 1 of THE WONDER YEARS.

They're both pressed, and they're also single sided.

The DVDs are housed in a standard sized case, with a flap for disc one, and a molded-in space in the back of the case for disc two.

The picture quality is not excellent, but that's probably not their fault ( and it's better than not having it at all ). 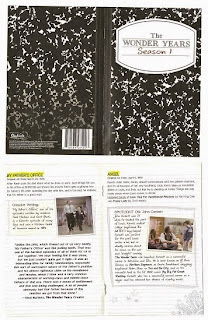 A twelve page booklet with composition notebook style cover is also included - and yes, it has photos. 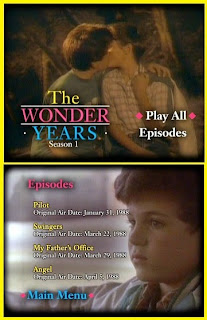 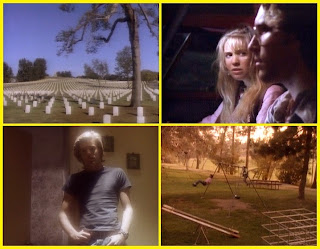 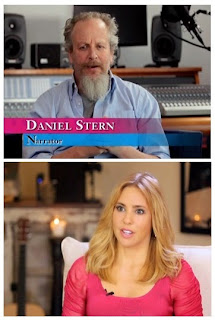 THE WONDER YEARS is one of my favorite television shows of all time.

Once again, the picture quality is not excellent, but that's to be expected.