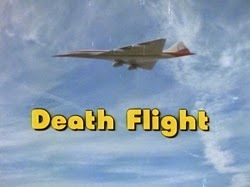 DEATH FLIGHT is one of my favorite made-for-tv-movies.

It was directed by David Lowell Rich. 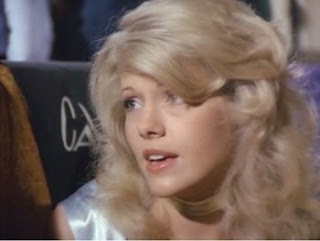 Who's in this flick?.... A TON of familiar faces are passengers in this flatulent cinematic flight. Some of them are.....

Martin Milner AND George Maharis... Both starred together in ROUTE 66.

Billy Crystal... I know many people are fond of him, but I'm NOT!

Misty Rowe!... Yes!... I was truly nuts about her, and I could never get enough of Misty when she was on HEE-HAW. She's the main reason, I've wanted to get my hands on this film. She's been in a lot of movies, tv shows, and plays. 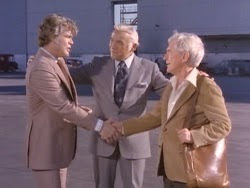 Tina Louise... Wow... I'll always remember her in GOD'S LITTLE ACRE and DALLAS. Just for the record, I HATED GILLIGAN'S ISLAND!... But, Ginger and Mary Ann were fucking hot!

Regis Philbin... My memories of him, have always involved talk shows that I've hated. When I was younger, he hosted a show at the ABC affiliate in Los Angeles.

Plus, there are many other folks I have not mentioned.

At one point, there's a scene of light-hearted humor with Misty and Bert's characters. I thought it was incredibly inappropriate... Especially, when you think about what just happened.

As for the airplane, the wing / engine section looks like it came from a B-58 HUSTLER ( and yes, I know the motors are different ). It just doesn't look correct for a SST. 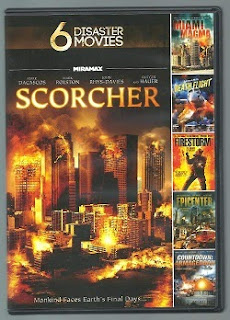 This set contains 2 single sided discs, in a standard sized case. One disc is on a flap, the other is mounted in a molded-in area on the back of the case. It's three films per disc ( region one ).

The only time I purchase ECHO BRIDGE movie collections, is when I want to obtain a rare film on pressed disc.

So when I saw DEATH FLIGHT listed on the back, I snapped it up ( used at MOVIESTOP - still FACTORY SEALED ). It only cost me $2.99, and that made me happy. After I watched it, I became even happier. Why?... Because, this is the extended THEATRICAL cut. This version has Misty Rowe topless!...FUCK YEAH!

Email ThisBlogThis!Share to TwitterShare to FacebookShare to Pinterest
Labels: death flight, ECHO BRIDGE, made for television, made for tv, Misty Rowe, MOVIES